Once upon a time Sam and Trouble had a bookstore home and were featured in this article’s predecessor. John McMurtrie writes up a whole new group of bookstore cats and dogs. As anyone could tell you, they’re not pets but the shops’ not-so-secret masters. Hi Other Change of Hobbit,

We have identified The Episcopal Church as the business in your industry with a high total marketing score of 1755. Create your free account to learn more about what they are doing and what makes up Other Change of Hobbit’s score of 488, as of December 31, 2014.

“The Episcopal Church may not be a direct competitor, however, seeing what they are doing to market themselves online can give you ideas for how to attract more customers.”

Today, the American Booksellers Association reveals the finalists for the 2015 Indies Choice Book Awards and the E.B. White Read-Aloud Awards. Booksellers at ABA member stores across the country will choose the winners in eight categories in online balloting between now and midnight EDT on Tuesday, April 14.

All of this year’s finalists represent the types of books that indie booksellers champion best. The E.B. White Read-Aloud finalists also reflect the playful, well-paced language, the engaging themes, and the universal appeal to a wide range of ages embodied by E.B. White’s collection of beloved books.

The winners will be announced on Thursday, April 16, and will be feted along with the honor book recipients at ABA’s Celebration of Bookselling Author Awards Luncheon on Thursday, May 28, at BookExpo America 2015 in New York City.

This year’s finalists are:

BOOK OF THE YEAR – ADULT FICTION

BOOK OF THE YEAR – ADULT NONFICTION

BOOK OF THE YEAR – ADULT DEBUT

BOOK OF THE YEAR – YOUNG ADULT

The Indie Champion Award is presented to the author, illustrator, or group that, in the opinion of booksellers, has the best sense of the importance of independent bookstores to their communities at large and the strongest personal commitment to foster and support the mission and passion of independent booksellers. ABA invites readers to learn more about the finalists by clicking on their names below: 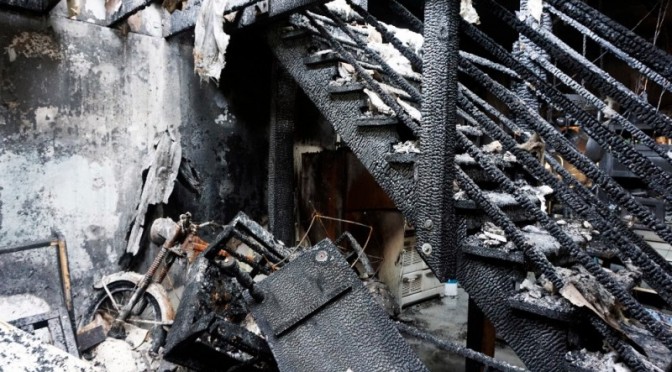 AK Press, publisher of the just-out Octavia’s Brood: Science Fiction Stories from Social Justice Movements, suffered a disastrous fire last weekend. Details about the fire and how to help them recover are in this e-mail blast:

In the early morning of March 21, the building behind ours caught fire. Two people lost their lives. The fire spread to the mixed-use warehouse building we share with 1984 Printing and 30+ residents. Everyone in our building got out safely, but several units were completely destroyed. There was extensive water and smoke damage to other units, including the ones occupied by AK Press and our neighbors at 1984 Printing.

Yesterday, we got more bad news when the City of Oakland red-tagged our building, which prohibits us from occupying it. We don’t know how long this will last, but it obviously means we can’t conduct business as usual. We are hopeful that we can recover from this tragedy but we will need your help to get through it, and to support our neighbors who have also suffered major losses.

If you can, please consider a donation to our Fire Relief Fund. If you’re not in the position to donate, please help us by sharing the campaign. We will split all contributions to this fund with 1984 Printing and our neighbors affected by the fire, and we will all be very grateful for whatever you can give.

We’ll keep you all posted as we struggle through this awful mess. Thank you all, so much, for your support thus far—we can’t tell you how much it means.

Margaret Atwood on Game of Thrones (the tv series) in The Guardian:

“Yes, it’s Game of Thrones, that mesmerisingly popular television series that surely draws its inspiration from so many fictional sources it’s hard to keep track. The Iliad, the Odyssey, Beowulf, ancient Egypt, H Rider Haggard, The Sword in the Stone, the Ring Cycle, Tolkien, The Lion, the Witch and the Wardrobe, the Mabinogion, Harry Potter, The Jungle Book, Ursula K Le Guin, Hans Christian Andersen, Idylls of the King, Conan the Barbarian – himself the stolen-away downmarket twin of Walt Whitman – and The Wind In the Willows.”

Welcome to The Other Change of Hobbit‘s web site 3.0, powered by WordPress, a place where you can browse, ask questions, get recommendations, check out our history, or just hang out — almost like visiting the brick-and-mortar store. After almost 36 years in Berkeley and one very unpleasant year in El Cerrito, we are making the transition into virtual space.

We also sell collectibles on Abebooks 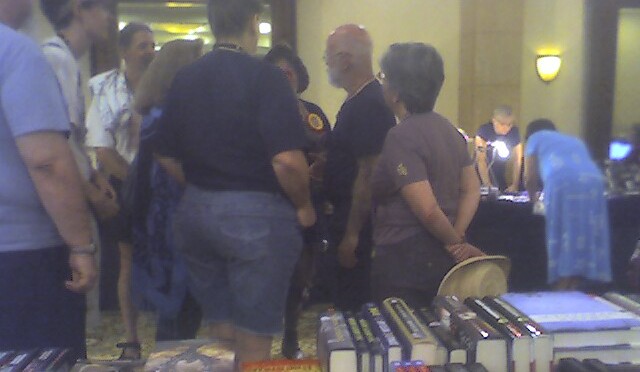